It was believed that the pyramid preserved “Ka” or “Qi” energy that allowed one to be happy and vital in the afterlife. The shape of the pyramid is designed to evoke the rays of the sun streaming between heaven and earth.

The creation of the pyramid takes in the essence of the seven heavens as it refers to seven layers of the sky, seven earths and seven underworlds depending on your religious stance.

Each layer of the pyramid is determined by you and they have a clear funnel through the centre to enable light to penetrate all the way to the tip once a light source is added, making it visually beautiful day and night. 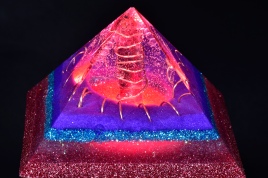 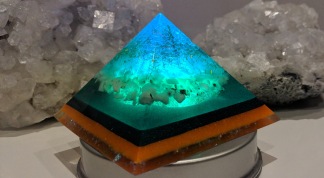